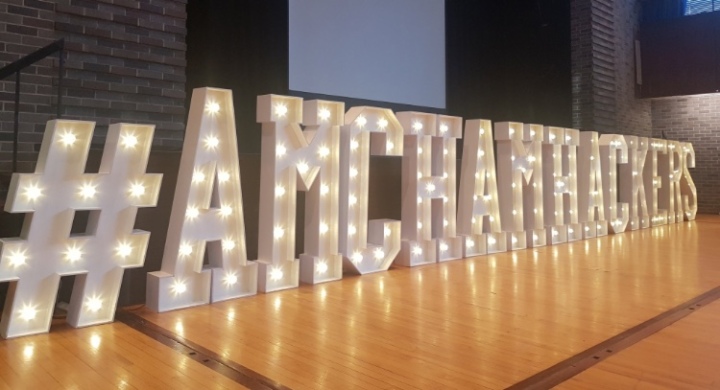 I’m on the train back to Cork after the 2020 American Chamber Emerging Leaders Development Programme Hackathon in Dublin City University (DCU). 120 participants from 100 companies across Ireland attended and competed over three days.

We listened, we learned, we negotiated, we collaborated, and we pitched.

15 teams competed and I was one of six on team 7: Bossy Girls. The idea behind the team was the brainchild of Aisling Foley and centred around how female leaders can sometimes be perceived as “bossy”, a term that is not used to describe their male counterparts. We aimed to counter this mindset from an early age.

Each one of us brought different skillsets to the team based on our emergenetics profiles. My input was based on my preferences for conceptual and analytical thinking and behaviour.

Late on the Thursday night, we decided to set up a team Twitter profile @AmChamHackers7 to showcase the Hackathon itself and our team. 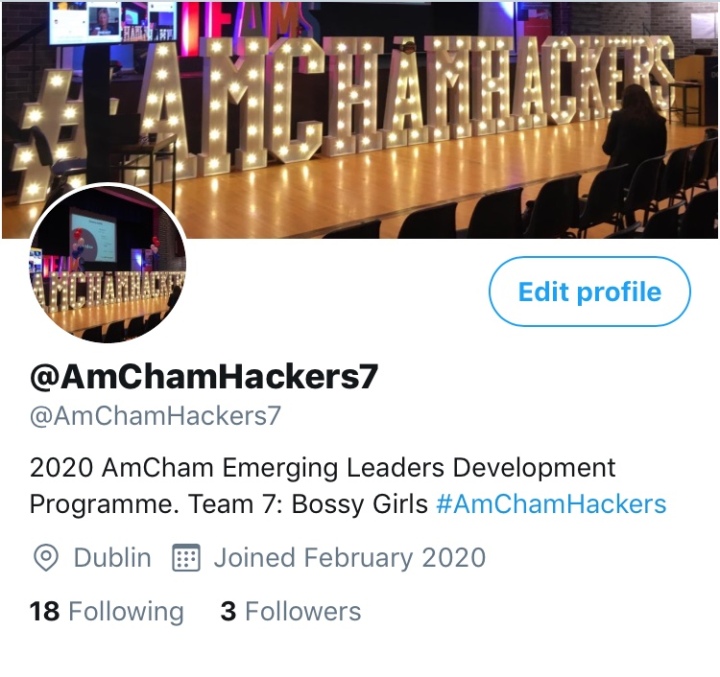 We were invited to review a wonderwall to identify concepts that might apply to our team. The most powerful initiative I came across was by Tata Group who give an annual prize for the best failed idea in an organisation. It encourages innovation and Tata CEO, Ratan Tata said: “Failure is a gold mine for a great company”.

Overall, our team decided that role reversal and stepping into the shoes of peers and colleagues was a great way to understand what they experience.

The day started with brainstorming ideas with the team to transcend the perception of “bossy girl”.

After six hours, we decided on the problem, solution, product, name, tagline, product plan, launch campaign and much more.

Following a full day of brainstorming, mentoring, negotiating and collaborating, we decided on our team name and tagline: “Game 4 Change – Nurturing Natural Talents”.  Now to plan and action…

Our product is a game via an app for children aged four and over who will be observed while they are playing to identify and nurture their strengths. Data from the app will be available to parents and educators. The objective is to counter gender stereotype roles and to nurture the natural talents of children from an early age for both their future and a more inclusive society.

We practiced and polished our pitch and presented Growing Games to the panel of judges.

Thank you to Spearline, AmCham and Growing Games for living, sleeping and breathing innovation and collaboration. I started off on Thursday by saying I think we are all a product of our environment and I am even more convinced of it today.